Home>News>June Newsletter:
Back to news 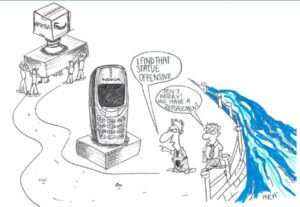 Statues litter the cities of the world, they “celebrate” a nation’s past. They are visited by tourists keen to embrace the culture of the place. They are to the mind what the local cuisine is to the stomach.

Edward Colston knew nothing of his fate, perhaps he knew nothing about the wrongness of slavery. But in the 21st century it was surely wrong to keep a statue of him in a prominent place. A place to visit, a place to drink in the culture? He was a historical figure but did not represent the culture of modern-day Bristol.

The corporate world erects its own statues and grapples with the past the same as everyone else. The statues may not necessarily be in physical form, but they are there. Shrines are built to company bosses or the companies themselves. Picking out those that have done exceptionally well, made money, and donated to good causes…. They are put up on pedestals for investors to crowd around and revere. At the time, investors didn’t fret too much over how they created wealth for their directors, employees, shareholders, as long as that wealth grew.

Yet as statues tumble so too the corporate gods. Why? Because, as times change so do our values. Sir Richard Branson, certainly an icon of his day, has been dethroned. His companies are based in offshore tax havens in a world where paying tax is good. Values have changed. Warren Buffett, the most famous investor in the world, has recently bought a gas pipeline that runs through pristine countryside. Buffett has said that creating shareholder value is his priority and he does not want to spend time on Environmental, Social and Governance questionnaires. You can almost see that statue being pulled down as we speak. More than likely the profits of his company will follow the falling statue. Profits tend to disappear when the strategy is to run a business the way things were, not the way things are. Nokia, the inventor of the mobile phone was the largest company by value in Europe in 2000. Most certainly then adored. The stock price hit 65 Euros a share, today it trades at 4!! No touchscreen, how offensive!

Success, as well as familiarity, can breed contempt. Status and statues, similar words derived from the Latin root word “sta”, meaning set down or be firm. No wonder they do not sit well with change. So as societies, culture and values change faster now than ever before investors need to be more wary than ever of holding on to the past.

At MVAM we have our own values of openness, difference, courage and community. This runs through how we manage the company, to how we invest your money. Our investment mantra that “the past is over-estimated, change is underestimated” perhaps rings truer than it has ever done. We are in the process of launching our “Make the World Better” portfolio strategy. The companies we will invest in will have our values and we believe the values of today. There will be no corporate ‘statues’ in this portfolio, but then we are hoping to make returns for our clients without it costing the earth.