Home>News>February 2020: Ring O’ Ring of Roses
Back to news 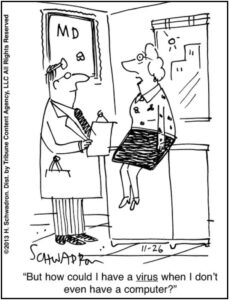 Until last week if you googled virus you would come up with pages on cybercrime and vendors pedaling antivirus software. The corona virus has changed all that, confirming that even in this increasingly machine-driven world, it’s really only what happens to humans that counts.

As corona virus spreads it underlines just how interconnected the world has become. Within a month it has reached 28 countries already. With China in lock down, and schools and factories closed for weeks this virus is beginning to infect more than just humans but the stock markets of the world too.

The virus that normally infects the stock market is called inflation. Rather than being incubated in the wet markets of Central Asia, it can spread from pretty much anywhere. Economists known as monetarists believe that inflation is caused by ‘over expansion’ of the money supply. ‘Over expansion’ is when central banks, such as the US Federal Reserve or the Bank of England create more money than the economy needs for steady growth. The excess of money then leads to higher prices. Another explanation is ‘demand-pull’, in which the demand for goods and services outpaces their supply and pulls up the level of prices. Still another cause is ‘cost-push’, in which the rising cost of commodities like oil push up other prices.

While from different origins inflation works in a similar way to corona virus. Once it is out of the box it is very difficult to contain and tends to wreak havoc wherever it expands quickly.

Although corona virus could well jolt the markets sharply over the next weeks, it is inflation that will really hit wealth or cut job prospects over the long-term. Trillion-dollar stocks, so loved by the indexed funds for no other reason that they are trillion-dollar stocks (i.e. big), and those stocks on lofty valuations are likely only to quiver in the face of corona virus. In the face of inflation, they are more likely to “all fall down”.

The good news, if there can be any attached to corona virus, is at least for the short-term it squeezes inflation more firmly down in its box. When potentially 15% of the world’s population is confining itself to home, the demand for goods and materials can do nothing but fall sharply. In an ‘always on’ world, the production of oil, iron ore, or coffee cannot be turned on and off like a tap. Gluts will form and prices will fall.

But as parts bought from shuttered Chinese factories become unavailable, leading companies to close down production of cars, phones, etc, the global ‘just in time’ supply chain has quickly reached breaking point. Hence, the economic legacy of corona virus may well lead to a rethink of the global supply chain. Built over the last four decades this supply chain is a primary reason for the suppression of inflation. Any transmission of corona virus into workings of the supply chain, may prove to be the most virulent repercussion of the current human epidemic. It may let inflation free….