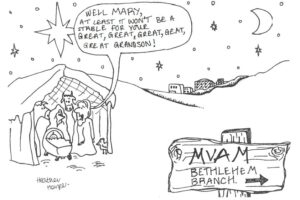 Until the 16th Century, Western Civilization prohibited the practice of charging interest on money on both moral and legal grounds. In our modern monetary system, however, money is created by banks through loans issued with interest.

Though the full implications of the loans that create our money are perhaps not fully thought through, one of the main consequences is that it concentrates wealth by transferring money from the vast majority to a small minority. This is because interest, by definition, is a process that transfers money from people who don’t have enough of it (and therefore must borrow it) to those who have more than they need (and who are therefore able to lend it).

The four to five centuries of charging interest is leaving its mark. Inequality of wealth continues to spiral. This is because the compounding of yearly interest returns leads to the huge wealth disparity. Research conducted by Oxfam suggests the richest 62 people in the world own as much as the poorest half of the population of the world!!

Had there been an MVAM office next to the stable in Bethlehem, Joseph, at the birth of Christ, may have thought to invest 1 Denarius for his son’s future at a rate of 4% p.a. Since the family moved away soon after the birth, let’s say Joseph forgot about his Denarius which kept accumulating returns. Had this been possible the value of his investment would have grown by about the year 1750 to the value of a ball of gold the weight of the earth*. By 2016 that would have grown further to the value of over 60,000 balls of gold the weight of the earth. That’s just at 4%. Clearly impossible. But underlines how some of the richest 62 have accumulated such wealth.

So, if interest rates really were to rise strongly it would reinforce the inequalities that are already straining the world. In the words of John F Kennedy, “those who make peaceful revolution impossible will make violent revolution inevitable”. Central bankers who raise interest rates too fast may be at risk of ignoring this prophesy. Investors might also be wise to heed JFK’s words. If the real reason why interest rates remain below inflation is to level out some of this inequality – making a peaceful revolution possible, it’s not a situation that is likely to change any time soon!

*The Future of Money by Bernard Lietear