Home>News>June Newsletter:
Back to news

‘Life Does Not Get Better By Chance, But By Change…’ 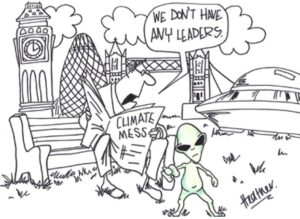 Our investment philosophy is that change is usually underestimated, historically has generally been good for the global population, and as a by-product helps investment returns. There is a threat to the rate of change that could impact all this – it is called protectionism.

China is restricting access to Harry Potter books, indeed foreign publications in general, in an attempt to limit outside influence on Chinese society. Trump rejects environmental policies while Russia deploys special forces in western Egypt deepening its role in Libya. North Korea repeatedly tests ballistic missiles, and Japan plans to dispatch its largest warship through the South China Sea. The country’s biggest show of naval force since the second world war. Scary stuff as nations worry about their position in the world.

Leaders are usually able to pull us from the abyss, “jaw-jaw” rather than “war-war”. But today’s populist leaders appear not up to the job.

This protectionism is beginning to rear its head in financial markets too. Heinz of the US tried to take over the Anglo-Dutch conglomerate, Unilever. The barely disguised, frosty, response from the British government was not all that drew the attention. The takeover attempt, dropped almost immediately, was followed by the CEO of Unilever, Paul Polman, urging the UK government to safeguard national corporate champions, the culture is quickly becoming pervasive.

Nothing wrong with these national champions you may think, but think about how this company has come about. Borne from a merger of Dutch margarine maker Unie and British soap manufacturers Lever Brothers in the 20’s, it has grown from taking over other companies itself. These takeovers include: Walls and Sons in the 30’s, Liptons in the 40’s, Frosted Foods (renamed Bird’s Eye) in the 60’s, National Starch (then the largest ever foreign acquisition of a US company) in the 70’s, Calvin Klein and Brooke Bond in the 80’s, Breyer’s (the largest US ice cream maker) in the 90’s, Ben & Jerry’s, Knorr and Hellman’s in the noughties. NOW we are told it cannot be allowed to be taken over, in 2017!! Protectionism stifles change and innovation, the very stem cells of investment returns. Making a company like this protected from takeovers is a major change for the investment world.

So, the implications of all this for us investors are not great. Leaders create the culture of a country, think Thatcher, whether you liked her or not. As we all retreat into our own caves the world could be a darker place for all. All is of course not lost. To use the words from one of the few proven leaders of our time, Albus Dumbledore, “Happiness can be found, even in the darkest of times, if one only remembers to turn on the light.”. Mrs. Merkel are you listening? There doesn’t seem to be anyone else left with significant stature to stand up to this anti-liberal tide. A German, female, leader the great hope for a liberal world. Things can really change, and can really change for the better.