Home>News>April Newsletter: ’We’re Only Human After All’
Back to news

April Newsletter: ’We’re Only Human After All’

’We’re Only Human After All’ 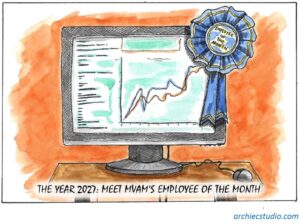 There have been plenty of headlines recently about the rise of the machines and the threat that many of our jobs might soon be undertaken by robots. This may not seem like a new threat. Robots have been building cars for years. More recently, robots and their related software, have been increasingly used in operating warehouses and call centres and many of us now check out our groceries at the supermarket without going anywhere near a human till operator (until the damn thing doesn’t work!). What is new and more scary is that machines with so-called ‘Artificial Intelligence (AI)’ can now do not just our ‘lower skilled’ jobs, but even the work that has been traditionally the home of our professionals and office workers.

So, does our average middle class white collar worker now face the same bleak future as the heavy industry workers of the 70’s and 80’s? Will we see lengthening queues at the job centres of the South? Perhaps, and what’s more, we may be closer to this reality than you think. A small UK technology company, Blue Prism, has already signed up a list of blue chip customers ready to automate back office functions and has attracted a fancy stock market valuation as a result. Indeed, a team of researchers at Oxford University estimated that 47% of US jobs could be automated within the next two decades. This sounds implausible, but when you consider that there are some 3.5m truck drivers in the US and that we are on the brink of mass adoption of driverless vehicles, you get the picture.

But is automation and AI really something we should be afraid of? There is plenty of evidence that automation doesn’t destroy economies but makes us all better off. The reality is that automation frees us up from doing dull, repetitive, predictable and low-value added tasks and allows us to spend our time doing something more creative, entrepreneurial and interesting instead. Robots don’t necessarily mean fewer jobs for people, just different jobs.

For investors, this progress with automation provides a wealth of opportunities. The companies creating these new technologies are increasingly valuable (Germany’s leading robot-maker, Kuka, was recently taken over by the Chinese). Those companies that are installing more automation should see costs fall and margins increase. Then there are coffee shops, gyms, holiday companies and hotels that should benefit from the fact we will have more time on our hands as the machines do our work for us. Finally, there are the start-ups and new ventures founded by all those people that are freed-up from doing boring jobs they never really enjoyed in the first place.

Stop Press! One of the world’s largest investment companies has just announced that it has decided to turn the management of some of its flagship equity funds over to the computers. Rather than rely on humans to pick stocks, why not use computers to do the job instead? Next time you drop by MVAM’s Dorking offices, you may find nothing here but a machine quietly humming away in the corner, investing your savings for you. And no-one to make you that cup of tea just the way you like it….