Home>News>December Newsletter: ‘Beards and the Bond Market. Time to trim positions??’
Back to news

‘Beards and the Bond Market. Time to trim positions??’ 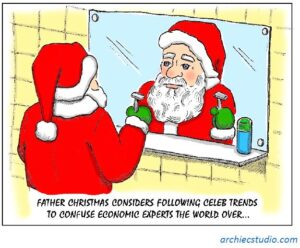 In financial markets December is a time for predictions. Given the surprises of 2016 it’s no wonder that MVAM avoid making predictions. This year however, some specialist analysis makes us believe 2017 will be easier to predict. We’ve looked at beards!!

The recent surge in beard popularity has been put down to several factors, including “negative frequency-dependent selection”. In laymen’s terms, this means that men with beards are more attractive to woman when beards are rare, but when common their attractiveness diminishes. MVAM analysis however, puts the prevalence of beards not down to attractiveness but to the economy and interest rates. When interest rates were at their height in 1979 bonds yielded a record 17%. The UK economy was flat on its back after years of inflation. Beards were at the height of fashion as the economy bottomed out. The bearded Botham bowled the maidens over up and down the country.

Since the 2008 banking crisis beards have enjoyed a renaissance, coinciding again with an economic downturn. Research undertaken by our in house, un-bearded, specialists uncovered an earlier “beard cycle” in the mid-19th century. After the 1847 banking crisis caused by the end of the railway boom, the economy weakened and “peak beard” was reached in 1853. By the 1890s, following 40 years of economic growth, beards were relatively unseen.

If history can be taken as a guide to the future, then how can we use our in depth follicle knowledge to predict 2017? Well, those un-bearded MVAM specialists have also been following several celebrity mags for the benefit of client portfolios in an attempt to identify leading indicators.

With the demise of David Beckham and Ben Affleck’s chunkier beards in 2015, the first green shoots of economic recovery were expected by MVAM in 2016 only to be partially derailed by the whiskerless face of Farage. Recent months however, have substantiated our findings. There is a clear move by trendsetters away from beards, but those watching Ryan Gosling in particular, have suggested it’s too early to confirm that the global economic upturn is sustainable.

The bond market seems to have caught on to our insights and bond yields have risen from their record lows in July. So will it be more of the same for 2017? Yes!! Don’t bother with economists, just watch the sales of shaving foam. A clean shaven Mr. Gosling means that equity markets should move higher and the bond bull market of the last 34 years will have truly ended.

One beard that does help financial markets though is Santa’s beard. The Santa rally is a well-known stock market phenomenon, although only statistically prevalent from the 23rd of December to the 3rd of January. In the US since the Dow -Jones Index was created in 1896, it has gained an average of 1.7% during this seven-trading session period, rising 77% of the time. That is far better than the 0.2% average gain of all other seven-trading-session periods of the calendar. Beards are not for life, they’re just for Christmas – so do feel free to grow one during the holidays and have a merry time.