Home>News>September Newsletter: ‘Water into wine – how pension calculations are making millionaires’
Back to news

‘Water into wine – how pension calculations are making millionaires’ 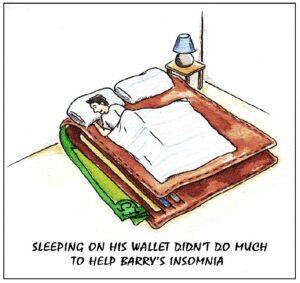 More and more people across the world are suffering sleepless nights. Not because they are insomniacs, or have health problems, but because they are stuffing so much money under their mattresses. Cash is king. Major economies such as Germany and China have too much, as do the largest corporates. Apple, Google and Microsoft have cash totalling around $300bn which if used could just about wipe out the Greek debt! Even the UK public have deposits of some £800bn with their friendly high street banks.

Why everyone is saving is a story for another newsletter. But with all these avid savers there is a big consequence. Low interest rates. Indeed, some £12tn of government and corporate debt is “paying” negative interest rates. That means those savers buying the bonds are guaranteeing to lock themselves into a loss, while the borrowers enjoy free use of that money. Imagine being able to rent a house on holiday for nothing, or even better being paid for the privilege. Crazy days!! Hence the attraction of the mattress option.

Of course as is often the case, for every loser – the prudent savers buying bonds, there is a winner. UK mortgage holders for example. A £500,000 mortgage can cost as little as £600 a month. Can’t be bad can it? Well, the mortgage holder is not the clear winner. As we all know property prices have risen sharply to reflect these low mortgage costs. Not so much of a win then for the mortgage holder, more of a score draw.

So step up the real winner in this zero interest rate world. The final salary (defined benefit) scheme holder. The value of your pension fund, if you are lucky enough to have a final salary scheme, has quite simply roofed it! This is why the corporate world has been complaining of rising pension costs. In simple terms the lower interest rates go the higher the value of a final salary pension scheme. Five years ago pensions were valued at about 16x the annual pension. A person expecting an annual pension equivalent to the UK average income, £27,000, would have a pension value of around £430,000. Now pensions are valued at well over 30x the annual pension so that same £27,000 pension now has a valuation close to £1m. Furthermore, those who take control of their own final salary scheme by moving it to a SIPP may be able to pass it on avoiding inheritance tax to future generations. Happy days.

There is however a big dilemma for those of us younger ones 😉 who have a normal (money purchase) personal pension. How are we going to invest our savings to get to the £1 million we need for an average income pension in our dotage? Lend it to those governments or corporates paying negative interest rates hoping the bubble doesn’t burst? Stuff it under the mattress (ouch) or invest it in the stock market, offering a dividend yield of over 3%. Difficult choice for those beyond Dorking.