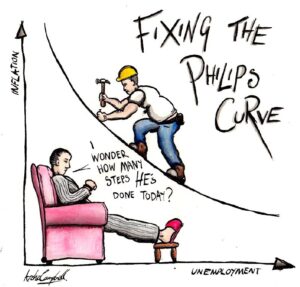 Enjoying my New Year holiday on the sofa, launching my Fitbit, I was interrupted on a regular basis by the doorbell, as the workers of the world passed through Limpsfield. This included the Spanish driver delivering our Waitrose order, the Brazilian cleaners arriving to clear up the festive mess and the Polish roofers to repair the leak. It highlighted something that is striking in the UK; at no stage did I meet anyone with English as a first language. Labour is on the move in the age of globalisation, with the sensitive issue of free movement of people across the EU a key topic in 2016.

The UK economic implications are huge from this demographic mobility. One striking impact may be the split of national income between wages and profits. Fifty years ago in the early 1960s wages and profits represented some 60% and 20% of GDP, but over the years there has been a 10% swing in favour of profits, with the split now nearer 50% and 30%. This has pushed corporate profit margins close to all-time highs, raising fears that the only way is down. But maybe not and this time it’s different (always dangerous to say).

The key is to understand why the profit/wage split has changed and question whether it is sustainable. So, back on the sofa and while fast forwarding through the TV adverts I recalled from the distant past while studying economics in The Bear Inn College in Oxford something called the Philips curve. It was a simple theory that argued there was an inverse relationship between the rate of unemployment and inflation. In essence, the lower the level of unemployment, then the higher the rate of inflation. One of the current puzzles for the Central Banks on both sides of the Atlantic has been why falling unemployment has not lifted wage growth to the degree expected. The US and UK have both enjoyed strong job creation in recent years but this has only translated into lacklustre wage growth. The impact has been on inflation, which has consistently fallen below the magical 2% target rate deemed to be the perfect rate for the economy.

As a consequence UK interest rates remain on hold at all-time lows. I believe the blame may be globalisation and the free movement of people. While UK unemployment is 5% (1.7m) vs. an average of over 7% in the last 50 years (peak 12%) and should be pushing up labour costs, this is no longer the relevant figure. Rather it is the 25m unemployed across the EU, only one EasyJet flight away from the UK labour market. In short there is a near limitless supply of labour, especially among the unskilled. On this basis we should expect ongoing wage restraint and low interest rates in the UK for the foreseeable future. Good news for corporate profitability and thereby good news for equities, especially in the FTSE 250, which is more UK centric. Finally, I know you all want to know how many steps I took on my Fitbit……..180 (4 times to open the door and 2 times to put the kettle on).