Home>News>May Newsletter: ‘Prophesy is a good line of business, but it is full of risks.’
Back to news

May Newsletter: ‘Prophesy is a good line of business, but it is full of risks.’

‘Prophesy is a good line of business, but it is full of risks.’ 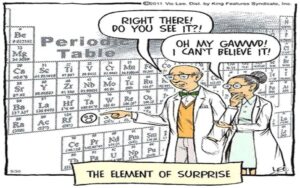 Wow! Who predicted that election result? Certainly not us, and it would appear virtually nobody else either. Well until the Exit Poll came out at ten o’clock.

The fact that the Exit Poll was so different from previous data, along with the reaction to the new and dramatically different data, was for me the best part of the election night. It became a study in how humans react in the light of new information, which is different to what was expected. We tend to underestimate, indeed ignore change especially when it is unexpected. This trait affected how the election night went and is part of everyday life in the stock market. Notably last Thursday, it was the most experienced of the experts that were slowest to accept change. Paddy Ashdown, probably the oldest politician on the programme promised to eat his own hat he was so unable to accept in new data. This was despite the fact that the Exit Poll had polled 22,000 people, much more than any other poll, and they asked them after, not before they had voted.

Predictions are about the future…. so they’re difficult – no one can get away from that. The problem is you cannot connect the dots looking forward, you can only connect them backwards. This means, as they say in the markets, that you spend a lot of time looking in the rear-view mirror while trying to drive forward. So when the last dot is significantly away from the others, as was the Exit Poll, it tends to be missed or ignored.

The only expert who seemed quietly confident that the Exit Poll was right was the professor who had actually devised it. Indeed, as the night went on and others finally started talking about the Exit Poll being right he was already hinting at an overall Tory majority. “One swallow doesn’t make a summer”, said the Professor of his Exit Poll at the start of the night. Maybe that is right, but if any lesson can be learnt from election night, it is that it should at least be considered to be suggesting a change of season.

Many people think investing is about predicting the future, but it’s not. To do this consistently is not possible. Whether it is analysing macro-economic data, such as the oil price, environmental data such as fish stocks or individual company data such as a comment from the CEO, investing is really about looking very closely at swallows.

Some Memorable Predictions of the Past

“Everything that can be invented has been invented.” — Charles H. Duell, Commissioner, U.S. Office of Patents, 1899

“There is no reason anyone would want a computer in their home.” — Ken Olson, president, chairman and founder of Digital Equipment Corp., 1977

“This ‘telephone’ has too many shortcomings to be seriously considered as a means of communication. The device is inherently of no value to us.” — Western Union internal memo, 1876.

“Drill for oil? You mean drill into the ground to try and find oil? You’re crazy.” — Drillers who Edwin L. Drake tried to enlist to his project to drill for oil in 1859.

“Computers in the future may weigh no more than 1.5 tons.” — Popular Mechanics, forecasting the relentless march of science, 1949