Home>News>May Newsletter: ‘The Euro Vision’
Back to news

May Newsletter: ‘The Euro Vision’ 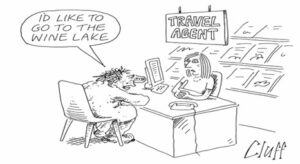 The much-maligned Eurovision song contest took place last weekend. For those watching it was hard not to come away without a slightly warm feeling. A show that celebrates cultural diversity and democracy is hard to ‘diss’ in these awkward times. The inefficiencies of a twenty-five-song final and a voting system that takes up half the show are worn as badges of honour. To be a Europhobe it appears is to love freedom and tolerate inefficiency all at the same time!

Echoing these similar inefficiencies is another much maligned European institute, the Common Agricultural Policy. The CAP has ambled its way into the 21st century when many predicted its doom but like its more illustrious bedfellow it seems its time has now come.

The CAP is a European policy that sets minimum prices for many agricultural products. It puts up tariffs to protect the EU from cheap food imports. And it allows the purchase of surplus food to maintain minimum prices. In other words, it overpays farmers to produce more food than is needed and makes the EU consumer pay higher prices for the privilege. While its historic roots lie in European hunger it has grown to dominate the EU budget. While its wine lakes and butter mountains have been consigned to history it is still costly and inefficient. Over 40% of the EU budget is still spent on farming subsidies. However, with the impact of the Ukraine war being felt across the food chain it seems to be finally having its day.

The impact of achieving its core goal, food security, will mean not only food on the dinner plates of the EU. It will mean that similar polices for different industries will start to be seen. Not just in Europe but across the world. If you take too much cheap Russian gas you are beholden to Moscow. You are insecure. The answer will be more expensive gas from elsewhere. So, policies to protect any industry – from energy to semiconductors – are set to multiply. The impact of these inefficiencies will be a less productive and more inflationary world. Not just for now but structurally for a long time. A report just published noted that the UK’s NHS was too reliant on Chinese medical equipment. It doesn’t take an Einstein to figure out where that will take us.

The Euro Vision has never been about efficiency but about cohesion and security. Battered by two world wars Europe’s countries have worked together to create a region of relative prosperity and dynamism. As its institutions and policies have their day let’s hope the inefficiencies they will bring will be at least compensated by a more inclusive and predictable world. Stock markets on the other hand are finding all this difficult to digest. Profits rarely improve if things become more inefficient. But if the end result is a more predictable world, it may be a price worth paying. That after all was the driving force behind the Euro Vision in the first place.