As Kabul fell to the Taliban, the Afghanistan ambassador interviewed on the BBC was asked to divulge where his true feelings lay. In true ambassadorial fashion his eloquent reply portrayed no black and white answer. Zealots he said were people with an incurable certainty about the workings of the world. Intimating that as both sides were led by zealots, he saw difficulty in any positive long-term outcome. The subsequent Biden speech quoting the bible and the Texas decision on abortion underlined his point. 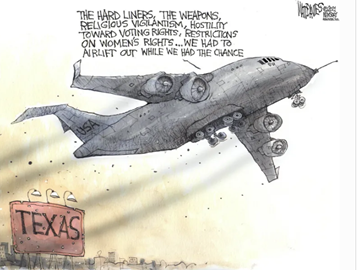 Whilst easily recognised in the fields of religion and politics, zealots are pretty much everywhere. From the football fan to the NIMBY.  They are ever present in the investment world too. The two most prominent are the Growth Investor and the Value Investor. Both believe their approach is right and will unearth statistics from wherever to prove their certainty.

A bit like most zealots though, Growth and Value don’t really have to fight. Appreciating the good parts of each approach would almost certainly help long term returns. But the appeal of being a zealot is that it is easy to get disciples. When you are selling something, whether its religion, politics, or investment funds – pinning your colours to a particular mast and shouting loudly about it gets you sales.

But while followers flock to the well marketed investment zealot, the investment fields of the world a bit like the battlefields of the world, are littered with the ‘bodies’ of the zealots. Renowned investment managers who achieved great returns when their approach worked, lost their jobs and their clients’ money as regime change hit and they refused to grasp the fact that they could be wrong.

Over the last decade it’s been a one-way street. Growth zealots have all but vanquished the value tribes. Espousers of the value approach are in all but hiding, their followers long since switched sides. Since the financial crisis, Growth Investing has ruled like almost never before. The long period of ever falling interest rates fueling the hunt for promised future sales.

At MVAM we are neither a growth nor a value investor. We think it sort of depends.  ‘Sort of depending’ doesn’t tend to get you many disciples but has the positive of leaving very few client portfolios for dead along the way.

We are zealots about one thing though, and that is decision making. Procrastinating about what to do with your money, your savings, is the surest way over time to lose out. So, if you have money sitting around make your choice. It can even be a choice of growth or value investing. History tells us that investing over a reasonable period of time, rather than sitting on your hands, is highly likely to give you better returns. So, make the choice, a choice. We are all getting older after all. If you need any help, you know where we are….